‘The police will visit you’: why GameStonk won’t come to China 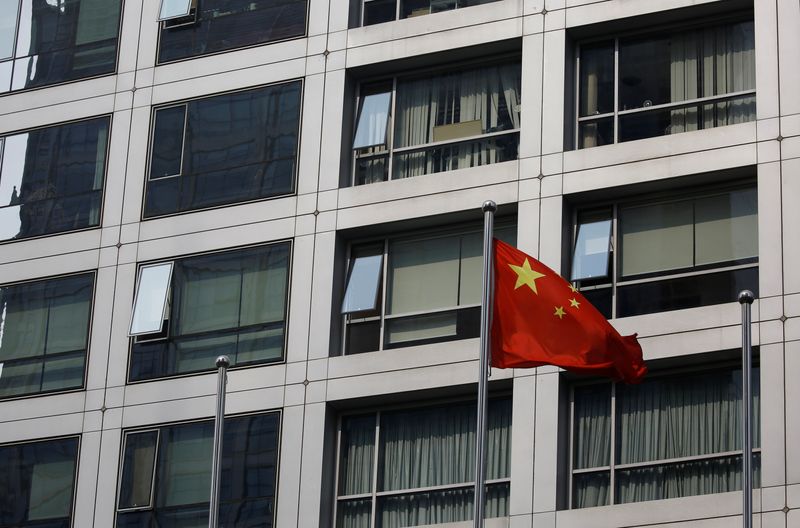 By Samuel Shen and Tom Westbrook

(Reuters) – In his Hangzhou apartment in eastern China, Wen Hao had just finished his daily stockpicking video when he discovered he’d been barred from social media platform Toutiao, a day after inviting netizens to join his stock-recommending community.

In a country where trading activities are closely monitored and the internet censored, Wen, 35, reckoned his own blocking showed why the mass buying that sent shares in U.S. videogame retailer GameStop (NYSE:) more than 2,000% higher over two weeks could never happen in China.

“It’s OK if you have one hundred followers,” said Wen, a self-styled investment adviser who livestreams his stock recommendations everyday via Wechat. “But if you ask thousands of followers to buy a stock at the same time via social media in China, the police will visit you.”

GameStop’s rally grabbed world market headlines for the manner in which swarms of Reddit users took on big short-sellers and hedge funds.

Efforts to emulate that sort of drama in Asia’s idiosyncratic markets have been isolated so far. There was a small-scale online crusade to support Malaysia’s heavily shorted glove makers, and calls in South Korea to retain a ban on short-selling.

But such retail cheerleaders have struggled to attract much of a following. China’s stock market once had the reputation of being a casino, yet the country’s stringent censorship, absence of famous short-sellers and a general tendency to not cross state directives stymie their efforts.

Dean Li, a blogger on Xueqiu.com, a Reddit-like investor community, said the GameStop saga had demonstrated that “if a short-seller dares to rashly announce bearish bets against a listed company, it will be in trouble.” But both short-selling and option trading, the key drivers of GameStop’s stratospheric rise, are restricted in China, making such a duel impossible, he said.

Huang Wei, founder of an online investment community that comprises what he calls “grassroots investors”, said he emphasizes with U.S. retail investors in their “riot” against Wall Street short-sellers, but in China, there’s no grounds for a retail investor uprising.

NO CHE OR MAO

“There isn’t widespread public discontent at the moment…. so you don’t see Che Guevara or Mao Zedong in the market,” Huang said, referring to the charismatic leaders in Cuban and Chinese revolutions.

The chance of a Chinese equivalent to GameStop emerging has been dimmed further by recent capital market reforms aimed at weeding out weak companies and encouraging long-term investment. Chinese regulators are also cracking down on price manipulation and Internet stock recommendations.

Chinese hedge fund manager Yuwei said the trading patterns seen in GameStop are not new in China, or Hong Kong, where speculators have talked up stocks in pump-and-dump schemes.

“The pattern is identical. You drive up share prices and attract followers. And then, you dump your holdings to late comers. The only difference is that you have no or little short positions (in China),” he said, adding such practices have become much less common in China in recent years.

Still, Nirgunan Tiruchelvam, head of consumer equity research at Tellimer, said he expected the retail frenzy to flare up soon in Asia, including China.

“That could be a perfect storm where you have the use of these Robinhood-type platforms, plus, the spread of internet chat groups, plus, the highly shorted names. That would create a potent cocktail,” said Tiruchelvam, who identified stocks including China Literature and MTR Corp as potential targets. “This is actually the beginning of a massive wave of investing behavior along these lines.”