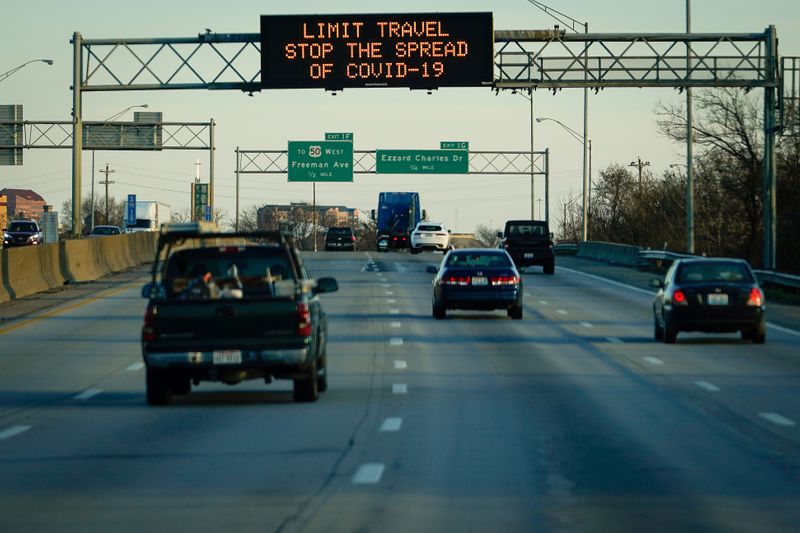 WASHINGTON (Reuters) -A team of White House officials had a productive meeting on Tuesday with a bipartisan group of senators about the lawmakers’ $1 trillion infrastructure plan, and will meet again later on Tuesday or Wednesday, the White House said.

“While progress was made, more work remains to be done,” White House press secretary Jen Psaki said in a statement. “We expect our team to meet again with the bipartisan group later today or tomorrow, as schedules permit.”

“The president’s encouraged by the ongoing talks and discussions that are continuing with Democrats and Republicans,” she told a White House briefing, adding the White House would assess next steps once that meeting was over.

No details were immediately available on Tuesday’s meeting or what specific progress had been made.

Senate Majority Leader Chuck Schumer, a Democrat, struck an upbeat tone on Tuesday, telling reporters he is planning to hold votes sometime in July on a bipartisan infrastructure bill and a second one that would pave the way for a Democratic-only bill later in the year.

That bill, which Democrats could pass in the evenly divided Senate with the help of a tie-breaking vote by Vice President Kamala Harris, would include significant additional spending on unconventional “infrastructure” programs, such as home healthcare for the elderly and others, he said.

Schumer told Democratic senators on Tuesday he would meet with House of Representatives Speaker Nancy Pelosi and White House officials on Wednesday to discuss the Senate’s infrastructure plans, according to a Democratic source.

The White House had no immediate comment on the meeting.