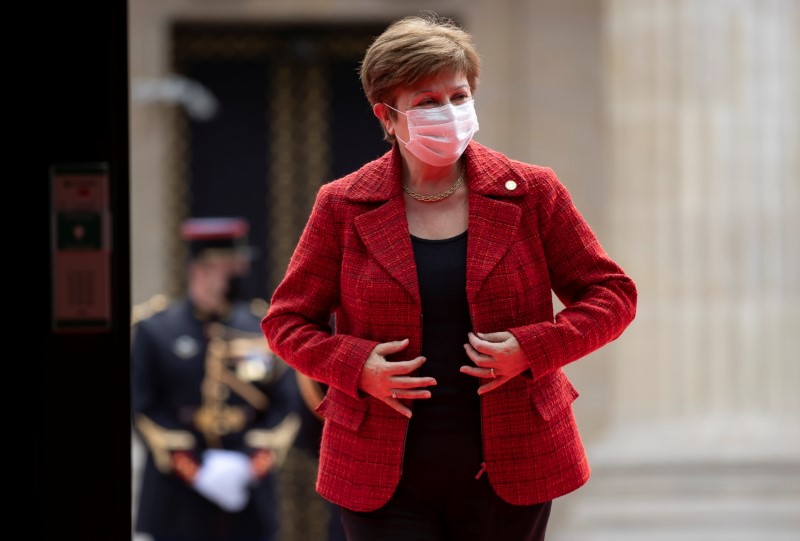 LONDON (Reuters) – Efforts to restructure unsustainable debt burdens in some of world’s poorest countries has not made enough progress, the head of the International Monetary Fund Kristalina Georgieva said on Tuesday.

Speaking on webcast, the IMF’s managing director said some progress was being made in Chad, which along with Ethiopia and Zambia has become a test case for a global debt relief plan known as the “Common Framework”, more was needed.

“I’m pleased to say that we are seeing progress on Chad. I hope we would be successful to bring these cases to fruition so that other countries – because it is not only these three countries that are in a difficult situation – step forward early.”

A cornerstone of the Common Framework is that private sector banks and investment funds match G20 governments in agreeing to either writeoff or postpone repayments on money they have lent to strained low-income countries in the past.

The fact only three countries have utilised the programme so far reflects governments’ worries, however, that the process of defaulting would lock them out of international borrowing markets for an indefinite period of time.

“In a highly diversified environment with so many different private creditors and other creditors, I must admit, we are not where we should be,” Georgieva said of the lack of take up for the debt relief plan.

“We have to continue to work relentlessly, hopefully building from the DSSI (Debt Service Suspension Initiative) to the Common Framework to a much more prudent approach to debt restructuring, and at the Fund this is a top-of-mind priority.”